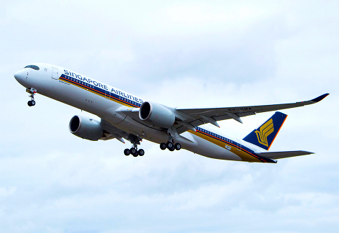 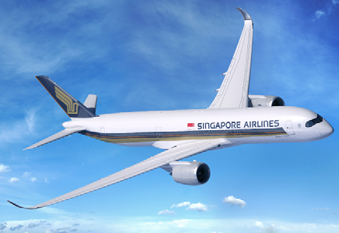 The A350 is Airbus’ first aircraft employing primarily carbon-fibre-reinforced polymer in its fuselage and wings. Initially conceived as a development of the A330 fuselage, the A350 was ultimately redesigned with a wider fuselage cross section in addition to a new wing, tail and cockpit, and this redesigned version was formally launched in 2006.

The A350-900 is designed to carry 325 passengers over 8,000 nautical miles, therefore competing with the Boeing’s 777-200ER and Dreamliner, whilst also replacing the A340-300. A long-range (LR) variant is also under development which will allow Singapore Airlines to reintroduce direct flights between Singapore and the United States. (These routes were previously flown on all-business-call-configured A340-500s.)

As of May 2016, operators of the A350-900 include Finnair, Qatar Airways, Singapore Airlines and Vietnam Airlines.