A team renowned in the industry
for talent, connection and results. 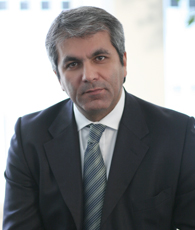 A serial entrepreneur, Kurosh sold his IT company in 1999 and set up the UK's first online pharmaceutical company which he sold in 2002 to IMS Health, an S&P 500 company. Kurosh’s strength lies in complex transaction structuring and the rapid growth of companies from their early stage to exit.

In 2003, Kurosh co-founded Aircraft Zone to focus on private jet charter. Following a phenomenal first year of operation, the company successfully closed a fundraising round in 2005 which resulted in a company name change to Ocean Sky Aviation. By 2006, as well as being the third largest charter broker in the UK, the company had set up three AOCs, a Bombardier approved maintenance and overhaul centre (MRO) and a chain of FBOs in the UK. In a May 2007 press release The Boeing Company referred to Ocean Sky as “the fastest growing private jet company in Europe”. By the time Kurosh sold the company in December 2009, Ocean Sky managed and operated 34 heavy jet aircraft, employed 325 people and had become one of the largest private jet maintenance and engineering centres in Europe with nine offices across the continent.

In 2010, Kurosh co-founded AXON Aviation, a commercial aircraft and private jet sale, lease and finance specialist, based in Mayfair. With his in-depth experience of aircraft operation, management and maintenance, Kurosh is widely regarded as an expert in this field having structured the sale of numerous aircraft from Bombardier Learjets to Airbus ACJs, for heads of state, private individuals and corporations worldwide.

AXON is an approved Airbus sales agent as well as the exclusive sales agent for the Aerion Supersonic Jet for Russia.

Kurosh is also the non-executive chairman of a number of IT and Energy and Finance companies. 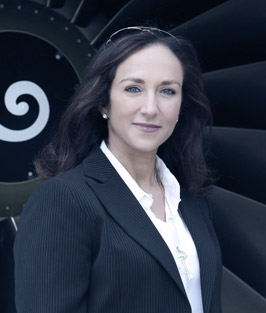 An entrepreneur in her own right, Niki has worked in the aviation industry since 1991. She has extensive experience in the sales, lease and finance of leading private jets and commercial aircraft with clients such as American Airlines, Lufthansa, DHL, Iberia, VARIG and AZAL for both passenger and cargo operations.

In 2004 Niki co-founded Ocean Sky Aviation, a fully integrated private jet company which became a Tier One operator in Europe. With three AOCs, the company operated over thirty aircraft across nine locations in Europe. Niki was instrumental in its growth and, being responsible for sales and marketing, raised the company’s profile immensely culminating in Ocean Sky being immortalised as the private jet company in the James Bond film “Quantum of Solace”. Niki introduced the sale of  private aircraft in 2008 and completed a number of transactions before selling the company in December 2009

In March 2010 Niki co-founded AXON Aviation, where she heads aircraft sales for both commercial and private jets, working on a strictly mandated basis. She has successfully secured a large number of Airbus, Boeing, Bombardier, Dassault Falcon and Gulfstream aircraft as well as expanded AXON'S client base. Her commitment, consistency and undivided attention to clients secure their return every time.

Niki’s experience and exposure to so many varied aspects of aviation enable her the foresight to rapidly spot and structure a successful transaction achieving record results for AXON’s clients worldwide. 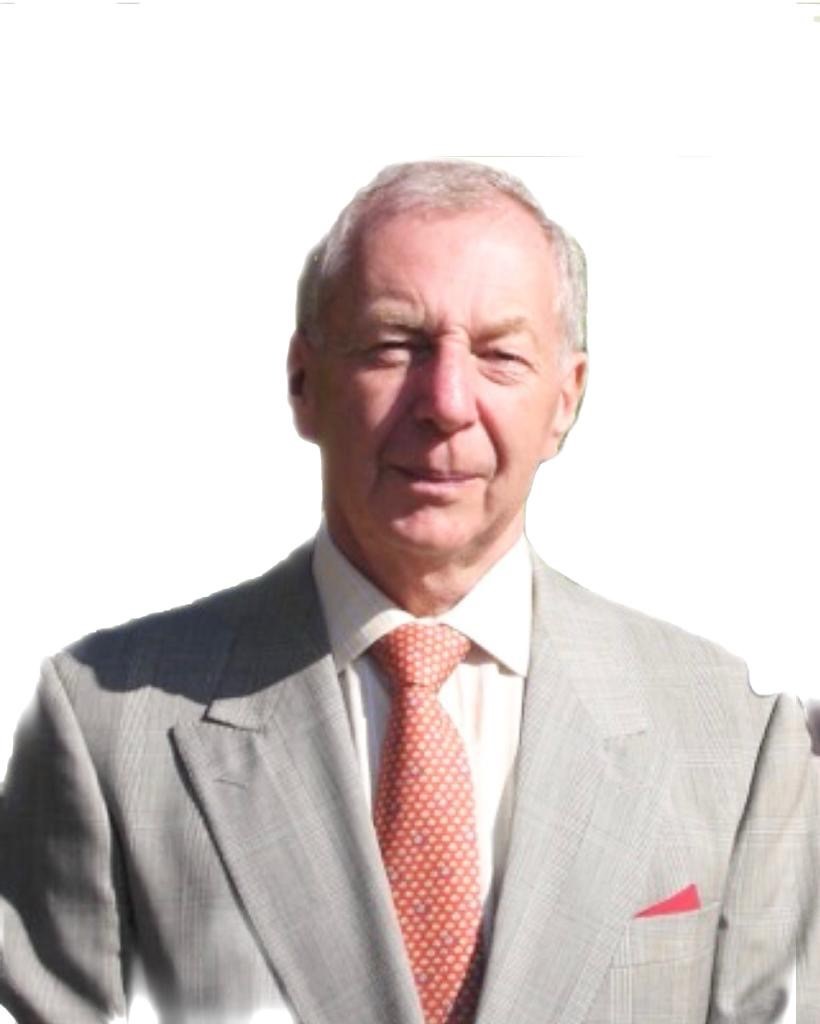 John has a long and distinguished career in aviation spanning over fifty years. Initially trained an aircraft engineer, John has significant experience in structuring asset-based transactions for aircraft across the globe.

After completing an aeronautical engineering apprenticeship with the Royal Aircraft Establishment in Farnborough, John held a number of technical positions, including at Laker Airways, where he worked as a quality assurance engineer. He then spent six years at the UK Civil Aviation Authority before first foraying into aviation finance in 1988 as Vice President (Technical) at Security Pacific National Bank.

John has an unparalleled level of expertise in aircraft finance and lease gained through his past positions at Security Pacific National Bank (now Bank of America), as Associate Director and Vice President at Swiss Bank Corporation (now part of UBS) and from 2001 through 2018 as Senior Director at Royal Bank of Scotland involved in the initial build-up of RBS Aviation Capital (RBSAC). Following the RBSAC business sale in 2012, he held the position of Senior Director, Head of Aviation Portfolio and Planning charged with the management and disposal of financed assets including commercial and corporate aircraft. Having successfully disposed of several Billion of assets John retired from Royal Bank of Scotland but remains active in advising on finance and leasing issues.

With his vast experience in managing large clients, complex lease agreements, immense technical knowledge and close relationships in the aircraft finance and leasing industry, John enables the AXON  team to close deals with exceptional speed and provide competitive rates for our clients. 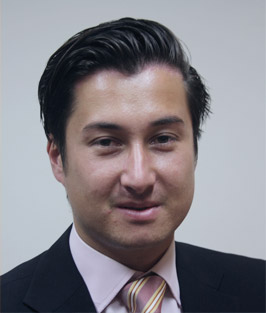 With his entire professional career based in aviation, Gordon has more than fifteen years’ experience in commercial and private aviation. As a Commercial Executive of HeavyLift Cargo Airlines in the UK and Bahrain, he managed operational and customer relationship elements of critical flights for the American forces (including flights into restricted war zones).  He has worked with pure-cargo aircraft such as the Douglas DC-8, Ilyushin 76 and the An124 on behalf of high-profile clients including DHL and the United Nations, and is experienced in the detailed operational aspects of larger and commercial aircraft.

Gordon joined Ocean Sky Aviation in 2005 as a charter broker, arranging flights for heads of state and captains of industry, as well as coordinating complex sequences of flights for over 300 people as part of a product launch. He joined the AXON team in 2012 and has since forged strong relationships with manufacturers and brokers throughout the industry. 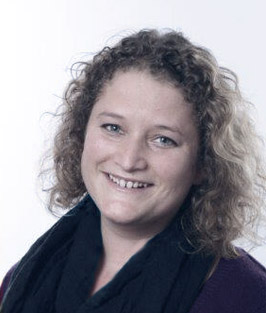 After gaining a distinction in Tourism and American Studies at Canterbury Christ Church University, Roz has spent most of her career in aviation. She started at ACS, where she was responsible for arranging ad-hoc commercial and private jet charters, and then joined Ocean Sky Aviation as Aircraft Charter Executive. Within three years, she was promoted to managing the brokerage department and continued to grow the team. After five happy years at Ocean Sky, Roz set up her own charter brokerage company, where she has been (and continues to be) Director.

She joined AXON’s aircraft sales team as Business Development Executive, to use her wealth of experience in providing charter services and promoting aircraft sales for a diverse client base which includes principles, CEOs of blue chip companies, celebrities, and sports stars. 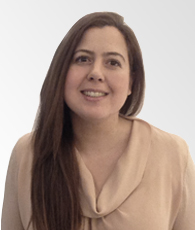 With over nine years experience in Marketing, and six years in the aviation industry Zahedy is perfectly placed to combine her marketing expertise with her knowledge of aircraft to provide AXON with aircraft marketing analysis, website management, marketing programs, brand management and partnership initiatives. 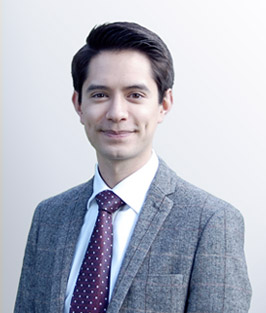 After graduating with a BA from Oxford University in 2011, Lawrence completed an MSc in Air Transport Management and Planning graduating with distinction, and therefore has a wide theoretical knowledge of the aviation industry. He joined AXON in June 2015 and has been instrumental in his role as Aircraft Research Analyst, supporting the management team with aircraft sales. 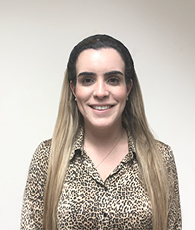 A target-driven and ambitious professional, Thiana has an extensive background in Management and Business Operations having worked within a number of large organisations in Brazil and the UK.

With a MSc degree in International Marketing, Thiana has enhanced her knowledge, understanding and insight into various marketing functions and as a member of AXON’s Marketing team, is responsible for all digital & social media, marketing material design and advertising campaigns.

Globally experienced, having lived in Canada, New Zealand, United Kingdom and Brazil, Thiana is fluent in English and Portuguese and an invaluable member of the AXON Aviation team. 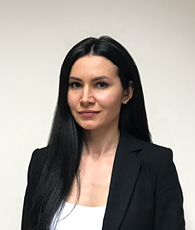 An enthusiastic and experienced multilingual executive, Alla is a graduate in Sociology and Accountancy. Having worked in a number of high profile companies and industries in both Bulgaria and Russia, she has gained a strong knowledge of a comprehensive range of customer relations and administrative services and support.

Alla is currently undertaking a second degree in International Business Management, which covers modules such as Management, Business Environment, Economics, Finance and Marketing. Her substantial background together with her fluency in Bulgarian, Russian and English provides an excellent level of support to AXON Aviation’s management team. 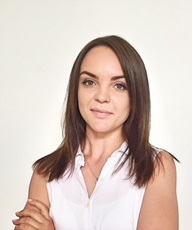 A target-driven Russian and English speaking professional, Kristina is an MA graduate in International Relationships. With experience in working across business development and CRM functions in the Ukraine and Russia, she has gained a strong knowledge of a comprehensive range of administrative support.