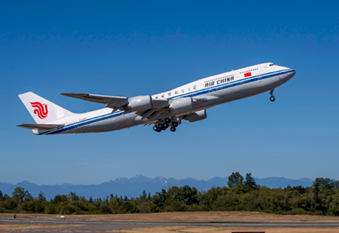 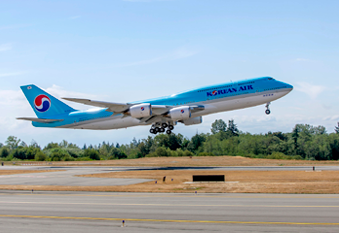 The 747-8i is a stretched version of the 747 with an extended upper deck. It also includes a modified wing (with raked wingtips instead of winglets) and engines (identifiable by the jagged nacelle) for greater range and efficiency. Capable of carrying 410 passengers in a three-class configuration almost 9,000 miles, the 747-8 received its FAA type certificate in December 2011, and entered commercial service six months later with Lufthansa.

Primary operators of this type include Air China, Korean Air, and Lufthansa.